When it was decided that the Coronation Gold State Coach would open the Queen’s Platinum Jubilee Pageant, Nicholas Coleridge, co-chair of the Pageant, imagined how magical it would be if, as the coach passed by, the crowds could catch a glimpse of Her Majesty, not as she is today but as the twenty-six-year-old after her coronation, on her first journey as queen.

To realise this vision, the Pageant committee contacted Treatment Studio. The brief was to create some kind of hologram-like illusion that would place the young Queen inside the historic coach as it made its journey at the head of the Pageant.

A custom-made steel framework was fabricated and, with the help of the Palace Conservators, was assembled inside the coach. This allowed hi-res LED panels to be secured to the carriage without touching the antique red silk interior. There would be no room inside the coach for a technician, so a custom system was developed to control the playback wirelessly via the internet, as it travelled the Pageant route.

The 1953 Coronation was shot on film by newsreel cameras, but creating the illusion for the Jubilee was far more complex. Very little of the original footage was suitable, so Treatment had to create ‘new’ content of the Queen by compositing and manipulating footage from multiple sources. Much of the original material was black and white, so this had to be painstakingly colourised.”

Extensive rehearsal was required to ensure that all the fragile equipment would continue to function in the rather sea-sick conditions of the Coach. The Treatment team worked with the Queen’s Equerry and a team of eight horses to test all of the required movements, during the weeks prior to the Jubilee. This included practicing an emergency stop and setting up cable ramps around the Palace Mews to replicate conditions the Coach would face on the day. A final rehearsal was held one morning at 4am to take the Coach and its hi-tech cargo around the full route of the Pageant.

The combination of technology and history was unprecedented and created an unforgettable, magical image. It also left an unexpected legacy as a result of the need for remote control. As Mike Smith from Treatment, who conceived the playback system, quipped “after 260 years, the Gold State Coach has finally been fitted with onboard wi-fi.”

Assistant to the Crown Equerry 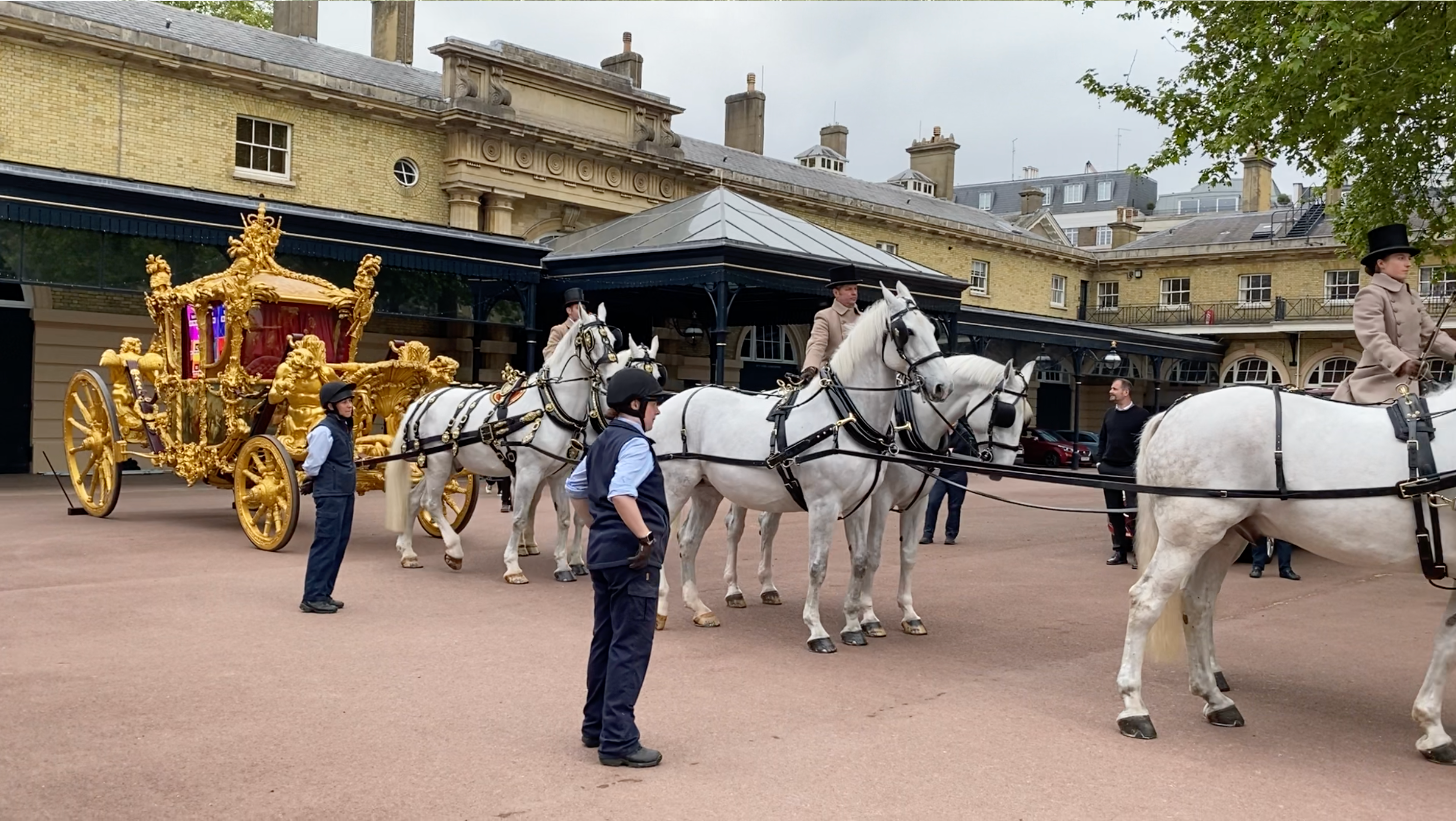 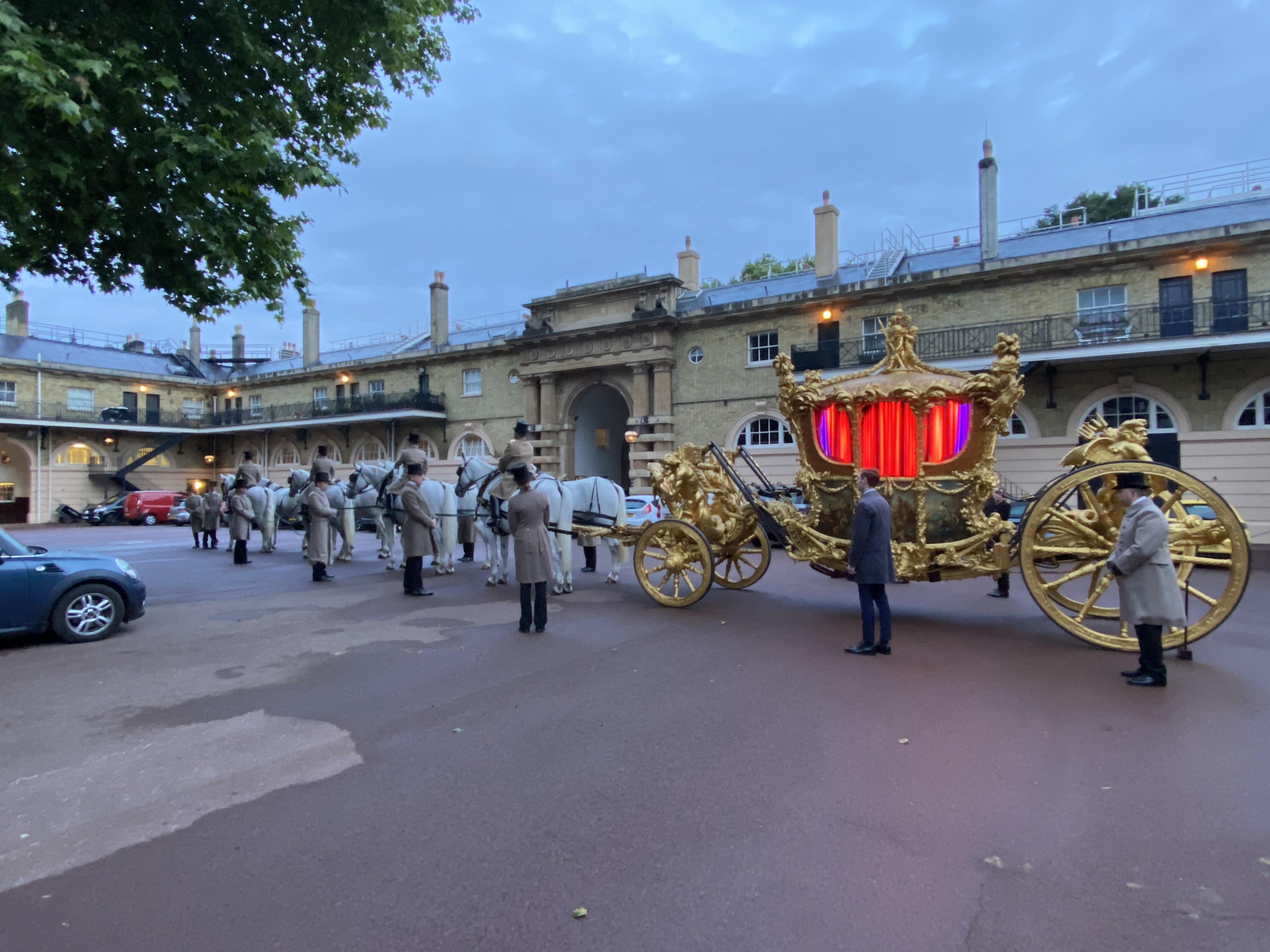 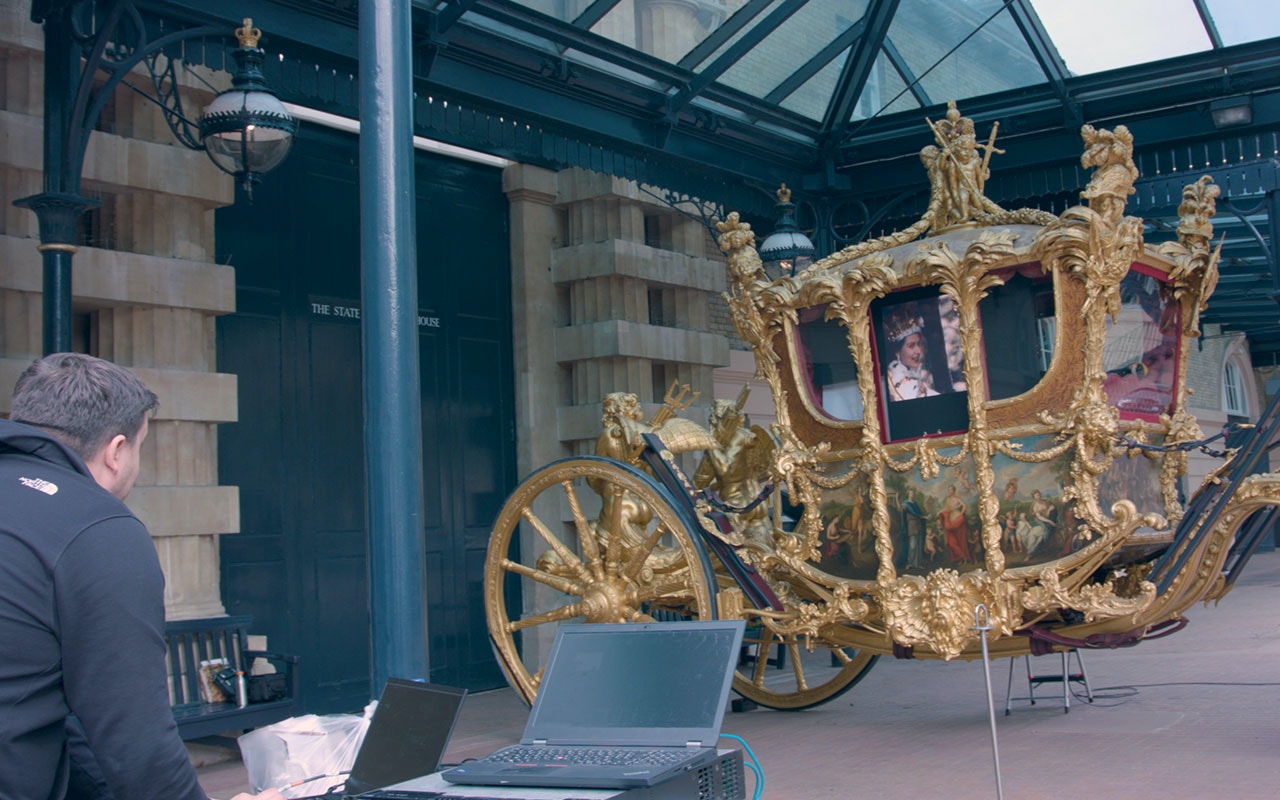 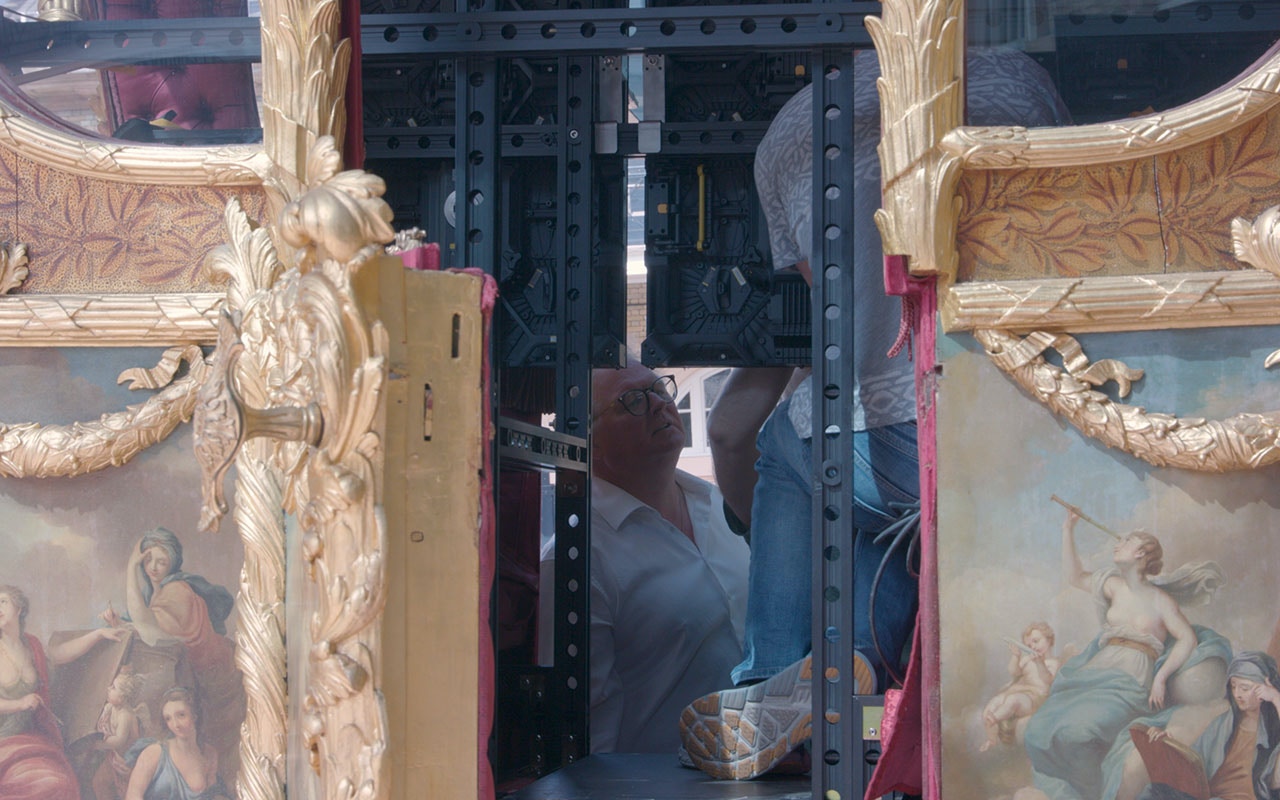 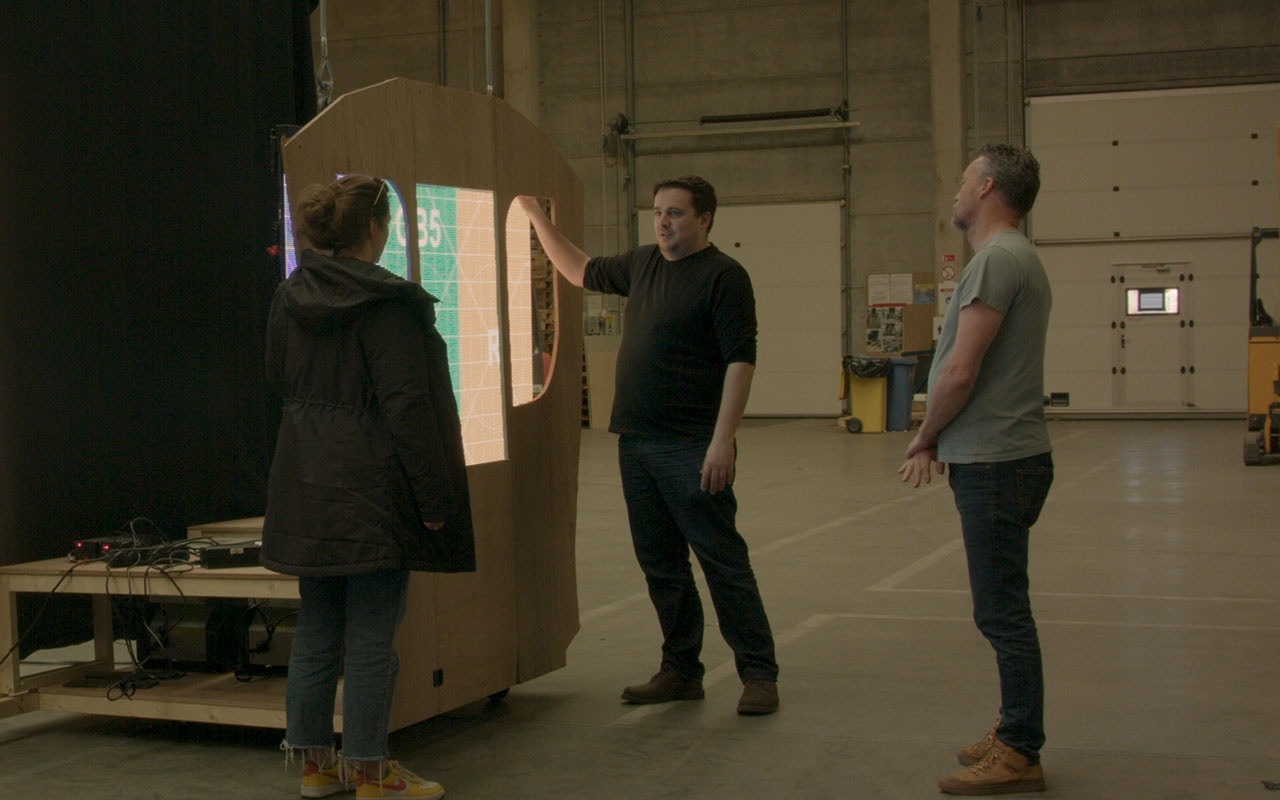 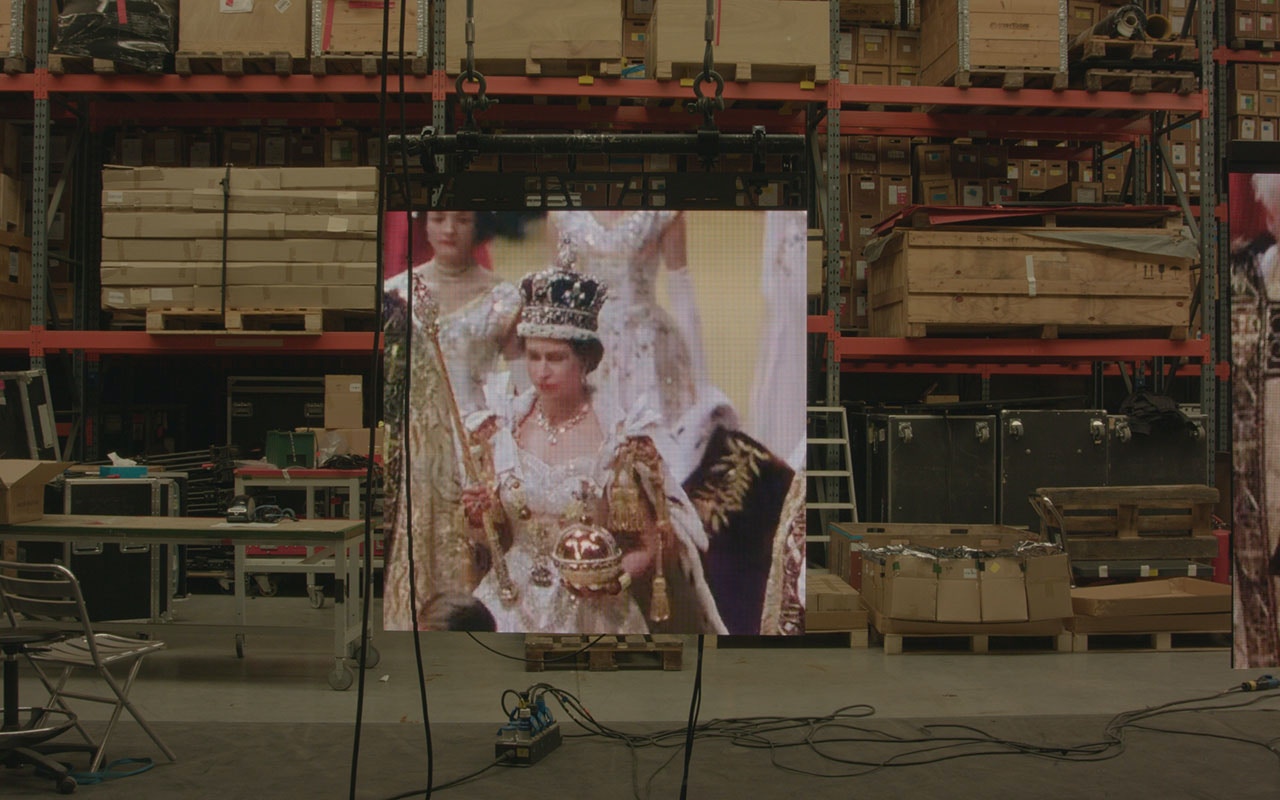 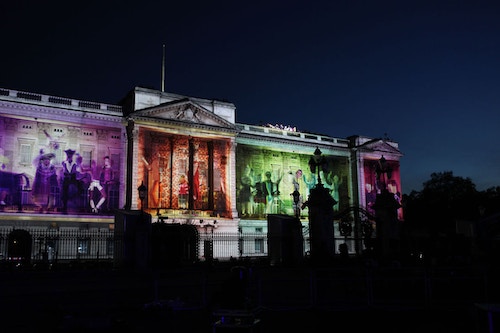 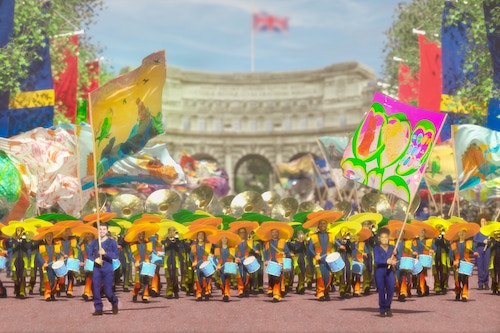 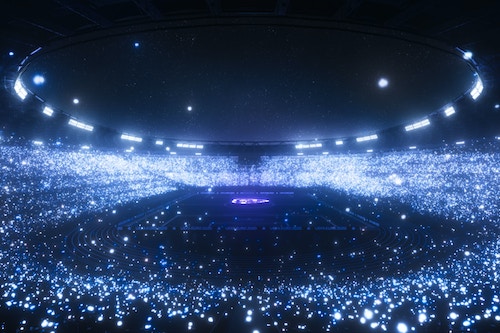 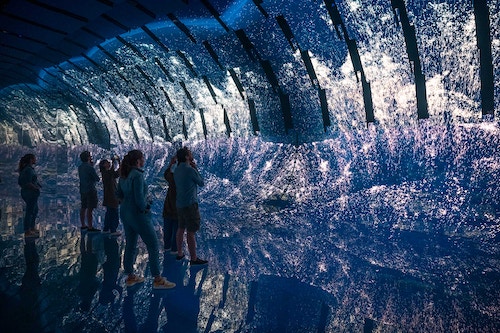